A Case Study of Breath Control Training as an Alternative Therapy for Unexplained Shortness of Breath.

In Australia, General practitioners can refer patients directly for a comprehensive lung function test and regularly investigate unexplained shortness of breath to rule out significant lung diseases such as Asthma, Interstitial lung disease, and Chronic obstructive pulmonary disease (COPD). A trained technologist performs the investigation, but they do not report on the results or further clinical training. A Respiratory physician reports the results, but they are not in attendance. That means, whilst normal LFT results may reflect no significant disease, testing alone cannot rule out other reasons for symptoms such a breathing pattern disorders. Here a case is presented of a patient who attended the clinic for lung function testing with obvious breathing dysfunction.

A sixty-seven-year-old male, 188cm tall, weighing 100kg with a BMI of 31kg/m², was referred for comprehensive lung function testing by his GP due to dyspnoea on exertion. With a history of Asthma, passive smoking, and dust exposure was querying COPD. In addition, the patient had an active exercise history, being a farmer for 50+ years and regularly cycling long distances as a part of his recreational hobbies on the west coast of America once per year.

Airway function, static lung volumes and gas transfer measured by spirometry, body plethysmography, and single-breath carbon monoxide method came back within typical ranges. In addition, a respiratory specialist reported normal lung function and no spirometric evidence of COPD in this study. At a glance, this information is rather pleasing. However, that does not give answers to the patient’s concerns.

During the lung function assessment, there was apparent mouth breathing into the upper chest, suggesting limited diaphragmatic activity and exaggerated work of breathing via additional use of the accessory muscles. CO2 tolerance was assessed by the time recorded till the first noticeable breath urge from a nasal hold at end-expiration (BOLT score, Oxygen Advantage) and expiration breath control time from full inspiration (Shift Adapt & HHP foundation). Initial scores measured at 16 and 22 seconds, respectively, suggesting low CO2 tolerance, a heightened state of sympathetic nervous system arousal and poor breath control. Finally, life stress and burdens were measured using the perceived stress score,  initially reading 37/40, suggesting a highly stressful lifestyle and emotional turbulence. I hypothesised that exertional breathlessness was due to deconditioning and a breathing pattern disorder creating a shift in CO2 set point, increasing sensitivity to pH changes leading to hyperventilation on exertion.

Unable to climb a flight of stairs without getting short of breath, the patient enrolled on an eight-week breathing training program with Consultant Scientist and Coach Martin McPhilimey. He was initially prescribed diaphragmatic breathing through the nose, 10 minutes twice daily at a cadence of 3-second inhalations and 5-second exhalation. There was no pause in between breaths. (3 0 5 0)—at first, the patient reported light-headedness indicating hyperventilation and was informed to breathe light and gentle rather than deep. Nasal breathing engages more diaphragmatic activity than oral breathing, and prolonged exhalations promote parasympathetic nervous activity through vagus nerve regulation.

After one week and confirmation of suitable breathing techniques, breath control methods, including consciously lengthening breath cycles at rest and under duress, were added. In addition, breath holds at full inspiration and expiration throughout the breath cycle, and CO2 tables taken from the freediving community were used to extend the maximal breath-hold time and CO2 tolerance. Cadence and hold lengths depended on weekly recordings of BOLT score and expiration control time test plus subjective feedback to produce an individualised and progressive training program. In the final weeks of training, the cadence of breathing was reduced to a rate of 3 breath per minutes (10 0 10 0) for 15 minutes twice daily, and < 1.5 breath per minute (5 30 9 7) whilst walking for 10 minutes. There was no additional exercise added during the program.

Following the eight-week training program, the BOLT score and expiration control time test increased to 45 and 80 seconds. In addition, maximal full inspiration breath-hold time increased by 25%. Thus, suggesting a 300-400% improvement in CO2 tolerance. Furthermore, the patient went from having poor breath control to walking whilst slowing to less than two breaths per minute, which may traditionally be viewed as hypoventilation; however, he could withstand this for 10 minutes without excessive concern, suggesting physiological and psychological adaptation. In addition, the patient reduced perceived stress levels by 70%; his breathing pattern improved, and there were no longer showed signs of breathlessness at rest or during exercising.

In his own words

“Martin is some kind of wizard. I thought this breathing stuff was all hocus pocus. He convinced me with his knowledge and a promise to help me get on my bike again. I have no idea how he has managed to do it, but I could not walk up a flight of stairs eight weeks ago. Now I can run up the bastards, and I’m back on the farm working and enjoying my cycling. For an old bugger, I’m feeling pretty darn good. Thank you”

Despite having typical lung function results, this patient potentially had a breathing issue related to stress and deconditioning that, over time, led to a poor breathing pattern and dysfunctional breathing, namely hyperventilation. The tailored breath program aimed to promote a more efficient breathing pattern and build a greater tolerance to CO2. To alter the perception of physiological changes in the body, build a better relationship to air hunger, and decrease arousal levels producing a calmer and more relaxed state, significantly improving his symptoms and quality of life. The patient was pleased with his results, and we are looking forward to hearing about his 100km cycle in Tasmania later this year.

Many patients with typical lung function results are left undiagnosed with breathing issues due to no observable pathology on regular testing protocols. Therefore, there is a need to figure out a way to improve the identification of breathing pattern disorders in those not fortunate enough to attend specialist appointments.

Slow breathing has been used to calm the mind and body for thousands of years. However, recent studies suggest that breath control can improve tolerance to endogenous CO2 and correlates with reduced state anxiety in school children during an examination period (Bentley et al., 2020). Furthermore, Buteyko breath training has been shown to reduce the use of B² Agonists and steroid inhalers in patients with Asthma (McHugh et al., 2003), and six weeks of freediving breath training improves exercise tolerance in patients with moderate to severe COPD with no additional exercise (Borg et al., 2018). Finally, we show that combining all three methods in an individualistic and progressive manner improves exercise tolerance and removes dyspnea symptoms in a 67-year-old male.

Breath control training using a combination of Buyteko, Pranayama and methods from Freediving seem to be an alternative therapy to reduce symptoms in those with unexplained breathlessness and normal lung function. 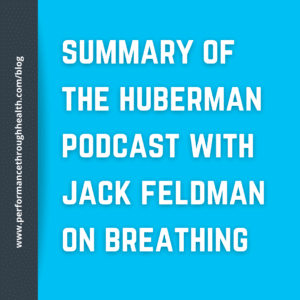 As a passionate breathing scientist, I was excited to hear Dr Jack Feldman chat with Andrew Huberman on his... 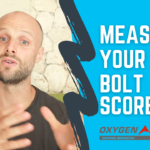 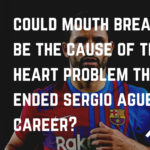 Could mouth breathing be a causal factor in the heart problem that led to Sergio Aguero’s retirement? 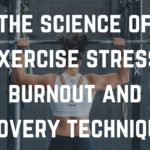 The Science of Exercise Stress, Burnout and Recovery Techniques 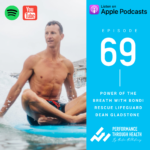