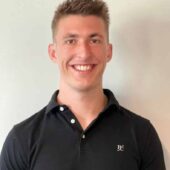 Dr Ash Hamilton
Osteopath
The key learning for me, was that not only did I physically feel change it also helped my psychology.

Dr Ash Hamilton is an osteopath and personal trainer over in Melbourne. He reached out to me after I was a guest on his podcast.

After seeing many of his patient’s issues coming about due to stress and breathing problems paired with the nature of having a busy lifestyle, he often struggled to switch off. He decided it was time for him to get control of his stress. To reduce the risk of burning out and manage his day to have sustainable and healthy performance.

He decided to enrol on the eight week program, where we worked together once per week, using breathing protocols, sleep strategies and resilience training.

After eight weeks, his breathing efficiency scores and CO2 tolerance improved by 105% and 167%. Perceptual stress was reduced by 64%, with his fatigue, recovery and anxiety improving significantly.

His biggest takeaway was how much it’s had on his psychology and his ability to handle high-pressure situations. Another client has chosen to become an empowered performer. He agreed to provide feedback on the program, and here is what he had to say. 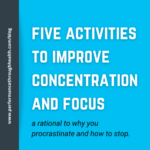